I Went And Saw All The Shihad Movie 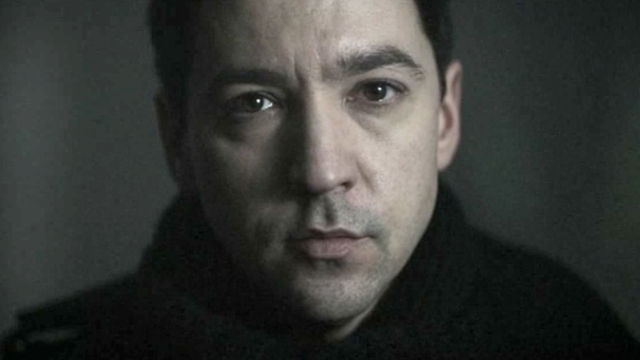 This May just past has seen a sort of unprecedented crowning glory move for a Kiwi rock band. Shihad (formerly Pacifier, formerly Shihad) - best known for their four NZ #1 albums, their nineteen NZ Top 40 singles, and their appearance as the second-billing band on the end credits of 2002 US erotic Internet thriller Swimf@n - have finally received the documentary treatment, the sort of hard-fought elder statesman retrospective that The Rolling Stones, Metallica, or (apparently) the Foo Fighters get. Though it occasionally gets bogged down in meaningful B&W footage of the band playing to jubilant crowds, it's not as tastefully rote as Shine A Light. Though it has exquisite moments of flinching observational comedy, the group's lack of isolated self-delusion and the production's obvious sympathy mean it's nowhere as scathing as Some Kind Of Monster. Though they're both big shiny bands who spent most of 1999 getting their logos poorly traced in Vivid over my Duraseal, it's almost certainly more interesting and valuable than Back and Forth (which, in fairness, I haven't seen).

I think it's definitely worth seeing - irrespective of any present or latter-day fondness of the band - and I'd argue that it deserves to be seen more widely than these shores. One reason for this is the sheer anthropological interest in seeing a band from a remote island somewhere in the South Pacific making lurching, arena-packing hard-rock and attempting to go for broke worldwide with it. The other is that this particular narrative isn't one that we've necessarily seen before, a three-act play that doesn't allow for happy endings, unqualified redemption or even a Pyrrhic victory. As follows:

Act One: Band Starts Out From Impossibly Small Beginnings with Impossibly Huge Anthems.

With history on their side, Shihad's beginnings are pretty interesting and radical. At the Audio Foundation NZMM panel I was on last month, they got called a 'horrible band', which I think is a bit harsh - as things turned out, they were spotty thrashworship teens with chops who got taken under the arm of someone slightly older and significantly cooler (Gerald Dwyer) and turned on to the Skeptics, Fetus Productions, Swans, Fugazi. Killing Joke's Jaz Coleman produced their first album, and the grinding industrial torpor of that record was enough to get them a deal with Germany's Noise Records. Some of it may not have dated well, but the bottom line is that Metallica weren't bold or intellectually curious enough to make anything that sounded like this.

Musical trainspotting aside, what I'm saying is that a group who tend to get treated as some eyerolling '90s in-joke by the hipper-than-thou once sought out unusual and adventurous records and tried to incorporate them into what they were already doing - and if every young band in New Zealand started doing this with the same gusto tomorrow, we would be fucking rolling in glory.

[youtube http://www.youtube.com/watch?v=KlGWRCDR40A&version=3&hl=en_US]
My favourite Shihad song, I think (Debs' Night Out, 1995). The droning, hypnotic loop that augments the whole damn thing is a work of beauty. Having laid that down, they could have basically piled anything on and made a keeper of it. Stop being cool.

The midsection of the film surges by in the colourbleed rush of 90s home video. The archival footage is alternately fascinating and funny, but there seems to be a measure of distance to it. We get to see the impact of Dwyer's 1996 OD death on a couple of the roadies, but not firsthand the band itself. That album with all the fish on it is (weirdly) not even discussed - and then we get to The General Electric era. Apart from "Wait And See", a stomping INXS-redux for Matrix kids with acid-house keys that serves as a graceful exit point for those who want to remember the band fondly, this has always been an absolute clunker with a critical consensus stacked on that perennial house of cards - a bunch of music writers who all sort of came of age to it (read: received furtive handjobs somewhere during its turgid duration, poss. during 'Pacifier' itself) at around the same time. There's a really good piece of (I think unintentional) comedy where Canadian producer Garth "GGGarth" Richardson describes producing the album, introducing himself by saying he's worked from everyone in the biz "from Alice Cooper, to KISS, to Trapt (Trapt?)". He is flanked on either side by gold and platinum Nickelback records. Perhaps I'll just charitably say that Richardson's work with Shihad sounds exactly like what you might expect from someone of this pedigree, with the silver lining that Shihad are probably comfortably among the best bands he's worked with (I'm sorry. Trapt?!)

Act Two: Band's impossible ascent is ruined by Faustian pact so big, dumb, and damaging as to defeat them entirely.

The film's exhausting crux (and it's the exhaustion of sympathy, not of boredom) comes with what happens next, and possibly what everyone would be intending to justify the admission price for. Jon Toogood is sent ahead of the rest of the quartet as an advance party to record their breakthrough album with a group of session musicians. The rest of the band arrive only to be sequestered away from an increasingly isolated frontman and booked for godawful makeovers. The group massage their setlist into a weird half-hour talent show (including 'emotional unplugged number' where everyone except Toogood is booted off the stage). The half-hour talent show to a bunch of A&R shills goes down in total flames due to an inopportune comment by Toogood that's too good to spoil. They are wined and dined out of their own advances, money their album will never recoup. They are sent on a massive tour bus through icy, barren Midwestern hell to reclaim a lost investment. And in the middle of all of this, they cop out in the wake of 9 / 11 (because 'Shihad' sounds a little bit like 'jihad') and change their name to the asinine, anodyne 'Pacifier'.


It's funny viewing, but it's also redolent of Steve Albini's devastating 'Some Of Your Friends Are Already This Fucked' essay, writ large and laid out for all to see and shun. The band were chewed up and spat out by the big-label system at its biggest and most cynical. Five years later, there were already alternatives for NZ artists (any artist) to be smarter, to sidestep the worst deals, to connect with an overseas audience without sacrificing as much time, money and wellbeing. Shihad didn't get these, and in the process of trying to crack the US market they engineered the most potent symbolic loss of their own integrity for the least possible return. They became the burnt-out wagon skeletons and bloody rags that other pioneers see at the side of the path, the dead travellers they do their Stations of the Cross for before redoubling their efforts onward and looking away. They set an example for how everyone in their footsteps should never, ever, do it. This is tragic, and my feelings on the band or their latter-day output don't change that fact.

Act Three: Band Chooses To Endure And Live In The Wake of Artistic Compromise.

If the vision of Jon Toogood and band with tight-fitting nu-metal hair-and-shiny jeans idiot chic is cringing excess, then the end of this film shows them as sort of alt-rock monks with a troubling past, alternating the simple charms of homebound middle-aged domesticity with modest and workmanlike (if not very interesting) music, released on a punctual clock. Their first homecoming tour, having changed their name back, is an act of gritted-teeth penitence. Toogood remembers feeling implacably, impossibly angry the entire time, as teen girls waiting for (Blindspott, actually - hattip to @streetchant) struggle to keep up with the rebranding of the opening act and his bandmates get heckled for being sellouts on their own stomping grounds of Cuba Mall.


The thing is - this is all pretty moving, and as I said, unusual. The band could have disbanded and gone to ground on the back of the US push that broke them, a decision that would have been straightforward but not particularly honourable (or particularly enjoyable for four people who had lived to make music from their late teens onward). So it is that their dogged, capable existence becomes a sort of hard-fought institution. The band's star is probably significantly higher than it was seven years ago, the career-ending fiasco more of a lost weekend blip in the grand scheme of things. They've repaid their dues, even if cynical scribes like me tuned out at age 15.

There's been some press about the way the documentary changed directors mid-stream, and for sure, there's a couple of places where the joins show. A lot of time is spent watching Toogood strum aimlessly on acoustic guitars, making the dual fallacy that any composition can be effectively distilled to some homespun singer-songwriter schtick at its core and that seeing the frontman doing something authentically frontmanly gets the audience any closer to his essence. A lot of bassist Karl Kippenberger's story gets shunted toward the end of the film with a sort of nonchalant 'oops'. But the stuff with the band's doting elderly parents is simply beautiful, the arc of the blonde curly guy's battle with the bottle is well-executed, self-aware comic gold, and there's at least one moment where the drummer (and his mum and dad) awkwardly tease out his infidelities in front of his long-term partner that is absolutely for the ages, Office-UK level material. And if you didn't get the picture above - yeah, the tone of the whole film definitely makes you feel the peaks and the valleys of the band pretty strongly.

I got a little bit sentimental on Facebook a couple of weeks ago re-watching ASAP Rocky and Clams Casino's "Demons", and did a public blather about how beautiful it was that the two of them will always have these great pieces of work they did together when they were young and confident and amazing and how important it is to have something to look back on and treasure like that. I'm a fanboy, but I'm also a pessimist - I expect every musical act I admire to peak at some marvelous point, crest and then struggle to approach the same heights for several disappointing years afterwards. And it sucks for them, but I take solace in the fact they have some sort of permanent artifact to always be proud of, an article of faith for whenever you remember that what you made, who was there with you and who you are all ultimately boil down to the same thing.

Beautiful Machine ends with the four middle-aged protagonists backslapping and carousing in a white corridor before yet another showtime. It's a moment that seems more forged by their collective past than any belief in an extraordinary future, and all of a sudden they're not so different from any other group of friends (musicians or otherwise) of a similar age. In the end it's not bad as a retrospective of some okay would-be rock stars from the 1990s, but what made me like it enough to bother thinking about it and then writing so much is the way it catalogues twenty years in four ordinary men's lives from idealism to dissolution to acceptance, a sort of Up Series speed-game for musos. This is something that extends well beyond any particular 'legacy' you want to assign them. It's worth seeing.