(I was asked to write the following as the text accompaniment to Dylan Scott’s “Google Squalor” this month, on exhibition at the University of Auckland’s Window Gallery. It’s a fine install, with a political edge that Auckland art doesn’t always have - less so, for example, than what you see in Wellington. Dylan talked persuasively about rock, copyright, Black Flag and “Lipstick Traces” in his proposal, which influenced me in turn. It’s perhaps not the most sober-minded look at New Zealand’s ‘three strikes’ bill on Internet file sharing, but I genuinely feel the law marks both a thin end of the wedge in terms of law to benefit rights holders, and a repellent use of parliamentary process.)

They used an earthquake that killed nearly 200 people, in the end. On the morning of the 14 April 2011, the Copyright (Infringing File Sharing) Bill flew through the New Zealand parliament under urgency. Legislating under urgency is widely accepted as a response to crisis. You hammer through laws to rebuild the biggest city in the South Island, restore power and water to cold homes and freezing families. So we understood it. You can do a lot of things under the aegis of a crisis, as it turns out.

The National government and its allies, including the MP’s of the Act party, United Future, and the Maori Party, supported it. So did the opposition Labour Party. In fact, it was only challenged by the Green Party’s nine members of parliament, choleric and frequently absent Labour Party outcast Chris Carter, and maverick Te Tai Tokerau firebrand Hone Harawira.

New Plymouth MP Jonathan Young spoke about the need to control the Internet, pleading with a half-deserted House and asking if they remembered the Terminator movies. He compared their fictional artificial intelligence network, Skynet, to the Internet today (Skynet enslaved and killed the majority of the human race in a fit of genocide, an act only marginally less offensive than torrenting the entire discography of the Red Hot Chili Peppers). Naturally, he was squeaky clean when it came to his online conduct. He had recently purchased MP3’s of a Simon and Garfunkel best-of compilation, parting with a mere $17.

We were here once before, remember? Cast your mind back one, two, two-and-a-bit years. A swathe of Facebook profile pictures, blacked out in anticipation of the imminent passage of the Copyright Amendment (New Technologies) Act. You may still have yours. That was a bill of the Labour government’s. John Phillip Key, still flush with a very human and entirely natural urge to be liked, canned it at the 11th hour. A show of statesmanship. And then it got resurrected amid the wreckage and ruin. Meet the new boss, same as the old boss, as The Who once said (survivors to the last, of which more anon).

So let’s take a wander through The Copyright (Infringing File Sharing) Act’s Greatest Hits (out in New Zealand on September 1, re-issued on DualDisc, copy-controlled to the latest standards). All business, it even comes with an executive summary of sorts at the top (emphases mine):

(5) Time limits apply to all stages of the regime.
(6) This section is by way of explanation only. If any provision is inconsistent with it, the other provision prevails.

Okay. Not terrible legalese, at least. Merciful with the jargon. Long story short, an IPAP is basically whoever you pay to get your Internet each month. Orcon, Vodafone, Telecom. IPAPs all. Rights holders are exactly what you would imagine. Big record labels, big movie companies, huge multimedia consortiums. Lumbering entertainment monoliths of the 20th century, grafting new limbs on, discarding decaying extremities, merging with one another. Dogged, unrecognizable survivors. Doing what it takes to survive, and if compact discs don’t shift anymore, you’d better find out a surefire way of making coin in their place.

- nothing I do, nothing I say/I tell them to go get fucked/They put me away –

IPAPs are, of course, businesses. They’re risk-averse, which means that they’re not terribly likely to tell a rights holder or one of the associations they operate out of to take a hike. Actually, they’re not terribly likely to say “Are you sure about that? Could you double-check?” or “I think it’s probably just a 12-year-old sharing lots of Miley Cyrus, maybe just leave it, eh bro?” This willingness to work with rights holders will probably mean quite a few detection, warning, and enforcement notices. Perhaps in that order. Time will tell. Don’t forget to open your mail.

Let’s say that you eventually do open your mail and find around about three of these:

Without resorting to cliche, how an offence usually works is that you’re innocent until proven guilty. Starting with the reverse presumption that someone most definitely did the deed, and that it’s now for them to piece their way out of it, is actually fairly rare – the kind of presumption that operates when you park a car in the wrong place a bit too long and get a ticket. Not when you get fined up to $15,000 and lose your Internet for half a year.

In Google Squalor, Dylan Scott discards a balaclava, strewn across the floor of the University of Auckland Library Foyer. It’s perfect. People download at university everyday – thousands of people, thousands of things – and what better place for a thief to leave evidence then in the middle of a looting spree?  A balaclava is always worn by a thief, of course. Every good bad guy – every criminal – needs a good costume.

Does it always have to a bad guy? As a bit of a genre experiment, I might ask you to imagine that this Bill had been around for our idyllic youth (Napster; Limewire; the unendurable teenage male agony of softcore porn on dial-up) and picture yourself going onto Dad’s computer at work to download The Offspring, or Limp Bizkit, or Metallica. Something of classic heft with a sizeable record company behind it. Drop-D chords, made of pewter. Anyway, you download once, twice, three times. The warnings come through, get lost in work’s internal mail. Then one day, the shit hits the fan. Eventually, the Internet connection is switched off, a fine for thousands of dollars comes through the post. The music’s found on Dad’s computer, and he’s told to clear his desk by midday. Pretty fly. Pretty bleak. 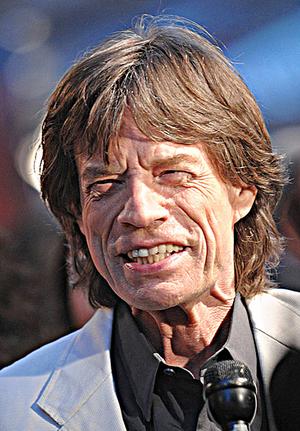 So, in anticipation of falling afoul of the law, the question we need to ask is this: how will we soundtrack/use up our three strikes? With all due respect to Dylan, Black Flag are no good for such antics. The recordings are owned by the band’s blazed and brilliant guitarist, Greg Ginn, lost somewhere in the Texas haze. You should probably buy a record off him, but he won’t care too much either way. Besides, wouldn’t you feel silly doing Internet crimes to an actual punk band? I would. This needs to be stuff you’ll actually get pulled up for:

When I say jump, you say how high. Because pride comes before a fall. Cocksure, confident, like all good pop music it’s a bit of an opiate and there’s no indication that anything bad ever really happens, anywhere. Insane hook.

Strike Two/Warning Notice: Rage Against The Machine’s Killing In The Name Of… (Rights holder: Sony Music)

First taste of rebellion, now. Not really all that aware of the actual extent of authority and therefore not really all that afraid to stare back, unblinking. Seethe. Possibly mosh a little. Fuck you, I won’t do what you tell me. Et al.

They say American musician Robert Johnson met the Devil at the crossroads, swapping spiritual and technical mastery of the blues for a drastically shortened lifespan. Today’s rock n’ roll’s survivors have made an entirely different Faustian pact. Longevity exchanged for youthful beauty, untold riches arm in arm with a long, turgid and incontinent twilight. She confessed her love to me, then she vanished.

Appropriately, we’ll go down for 15K to this revolting 90s ditty. Two kinds of survivors – the former young and beautiful rebels, and the jet-set nine-to-fivers that wrote their contracts, licensed their songs for tobacco ads, and order cease-and-desist orders when 15-year old black kids from Berkeley sample them on YouTube . A pair of husks, fused together and flailing in the rubble of what they had. Furious. This is where we catch a stray fist.